Our yoghurts and quark are a real labour of love. Labour, because nothing in the process of creating them is automated, they are truly hand made. And love because each step takes care and patience. We only make small batches of Yoghurt, Greek Yoghurt and Quark each week.

Unfortunately, there is no refrigerated courier service for private customers available, therefore we don’t offer our yoghurts and quark through our online shop. We can arrange shipping for larger orders of Quark – please contact us directly.

The punnets then get transferred to a warm cupboard, where they sit until the end of the afternoon. The last task of the day is to carefully carry the now set yoghurts to the chiller, where they firm up even more.

Yoghurt that is set in individual jars has a different texture to yoghurts that are made in big batches and filled into punnets after the setting process. The German word ‘stichfest’ describes this semi-solid texture of the yoghurt, it still stands up when you ‘slice’ into it with a spoon, but is smooth once stirred up. This traditional technique of making jar-set yoghurt creates a refreshing, juicy yoghurt. The perfect addition to your breakfast bowl. 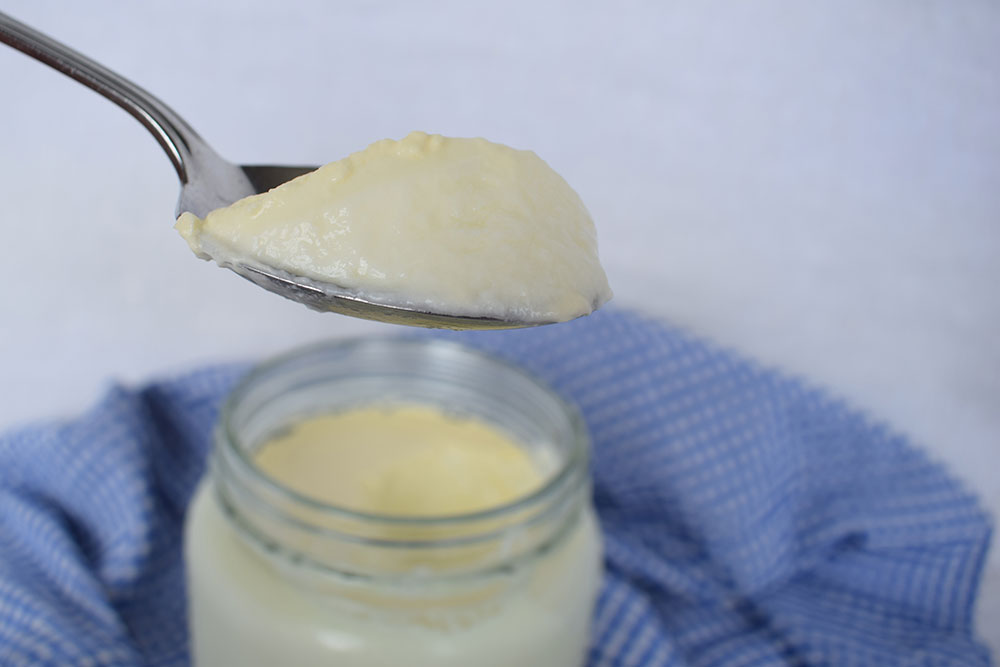 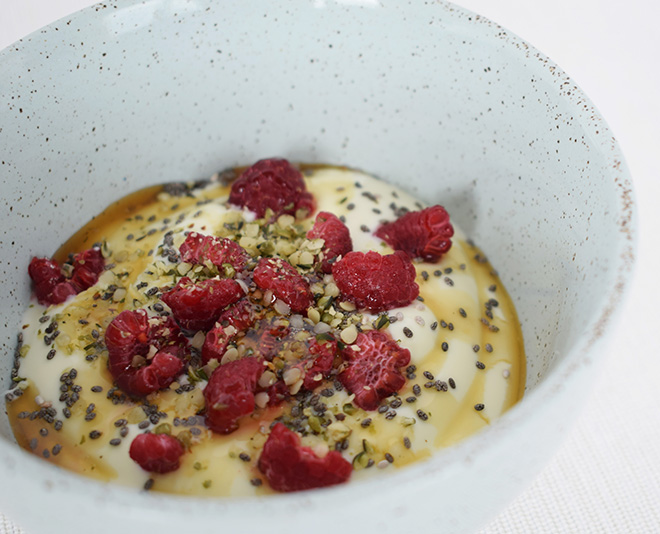 A portion of the yoghurt mix is put aside. The semi-set yoghurt is strained in cloth bags over night, which is the traditional way of thickening yoghurt (not by adding thickeners or milk powder). By taking out water, the fat content is increased – the result is a sumptuous yoghurt with an incredibly creamy and velvety texture. It is perfect on fruit, on cakes instead of whipped cream. It is great for smoothies or for Indian raita as accompaniment for your next curry. 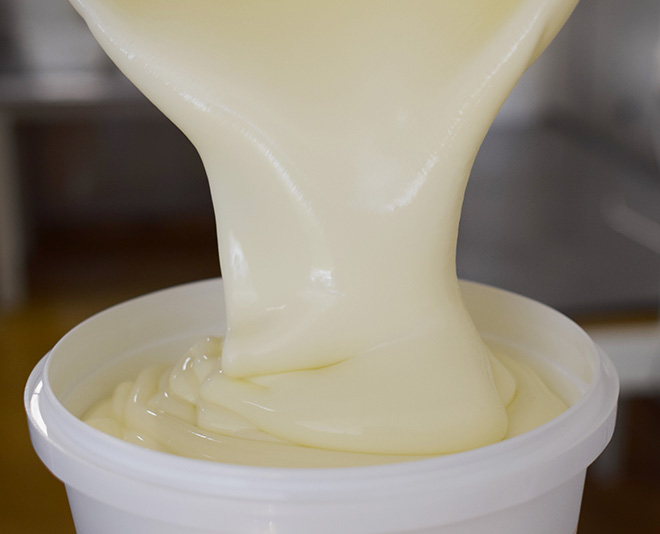 Pronounce:  kwа́ːk in German, also known as тво́рог in Russian, tvaroh in Czech and Slovak, topfen in Austrian, kwark in Dutch, kvark in Danish and kvarg in Norwegian and Swedish. Our Quark is made from whole milk. It is soft and moist, like a cross between yoghurt and cottage cheese. With its beautiful texture and refreshing taste, Quark is very versatile. It can be used in savoury or sweet dishes, in cakes, pies or for deep fried dumplings. Over summer we like to mix Quark with a few fresh herbs and garlic or make Greek Zaziki from it.

Mahoe Quark has had a passionate following right from the start. It is a staple ingredient in the kitchens of many European countries and has always been hard to get by in Aotearoa. A lot of our Quark customers are using it to create the dishes that they grew up within their home countries. We love hearing what they make with it and what memories are attached to those recipes.

Some of our customers are eating our Quark as part of the Budwig diet. Johanna Budwig, a German biochemist, developed the Budwig diet in the 1950s. The diet involves eating flaxseed oil mixed with quark. This combination is believed to make omega-3 fatty acids more available to body cells. Dr Budwig also believed that the oil could stop cancers from growing. 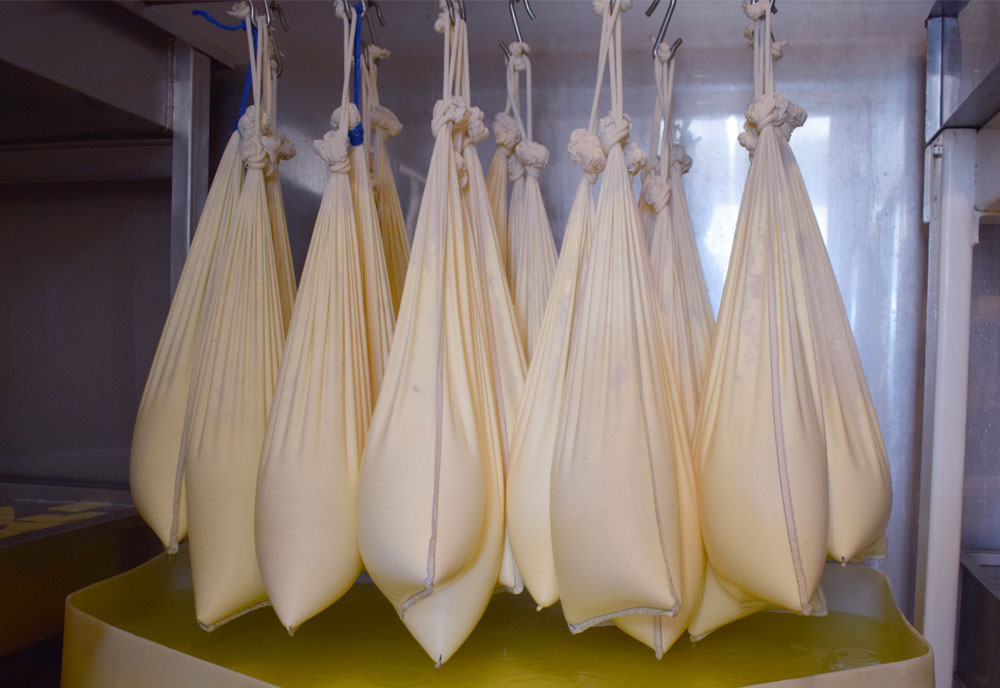 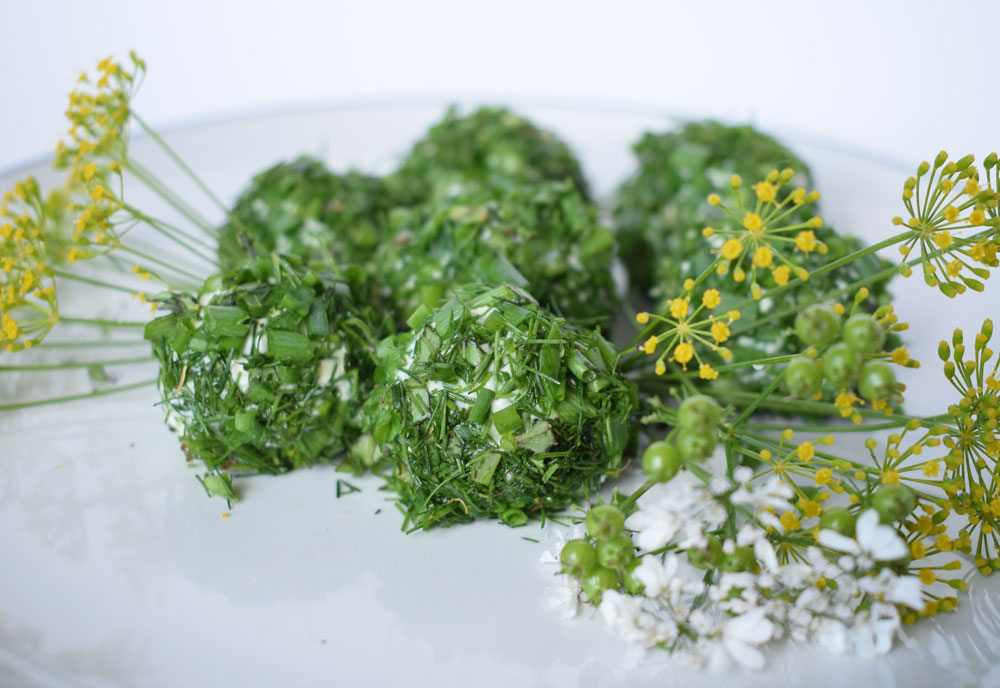